This bustling Medieval town with its quaint shops lies between the ocean and the marshlands of La Brière, with la Loire to the south and la Vilaine to the north.  In 2004 the town Guérande was awarded the label of  Ville d’Art et d’Histoire – given to towns of outstanding artistic, cultural and historical interest.  Other assets of this majestic town include its golf course and its impressive fortifications dating back to the Middle Ages.  Its defenses make of the town a veritable treasure of military architecture, unique in the whole of Brittany as the only urban fortifications preserved in their entirety.   Beyond La Porte Saint-Michel, lie 32 traditional villages and 72 hamlets classic examples of the conservation of local heritage: maisons de paludiers (Saillé), the thatched cottages of Les Brièrons (La Madeleine), narrow base windmills (‘petit pied’) manors and châteaux (Careil)… Treasured heritage and traditions which are carefully watched over by les paludiers as they toil on the listed site of  the salt marshes, 1 400 hectares crystallization/evaporation ponds ‘les œillets’ where the salt is harvested using traditional techniques which date back hundreds of years. Guérande exports its ‘white gold’ around the whole world, more than 10 000 tonnes of coarse salt and all most 300 tonnes of fleur de sel (fine, white table salt) to the great delight of gourmets everywhere. 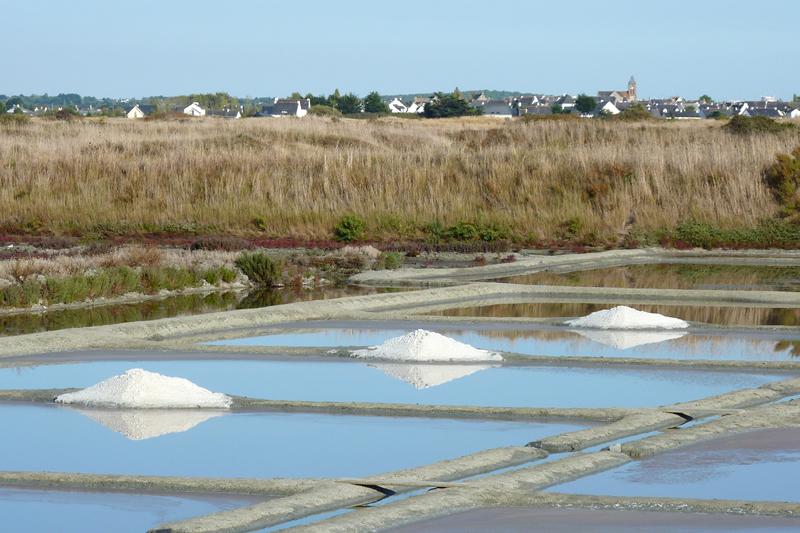 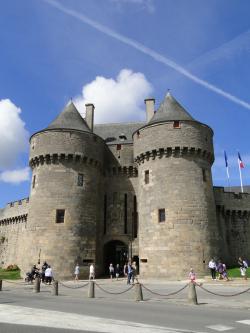 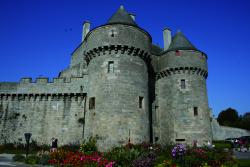 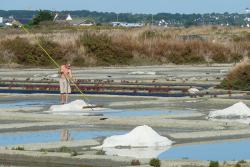